“Ooops!” I mutter to myself again as I hear that tell tale sound of the vacuum cleaner picking up yet another misplaced and isolated Lego piece.  After four boys and many countless Lego sets later, I have stopped worrying about the one lost piece that has been sacrificed to the dust gods of Hoover.  I recall vividly searching painstakingly through the dirt, lint and hair for those forlorn bits.  But I also remember the excitement when I found the missing helmet visor or single round button.  Then I assumed that now my children will live in happy bliss because their Lego set was complete once again…wrong!  They didn’t even notice most of the time.

However, as the novelty of Lego has worn off and the size of our pile became monstrous, those lost & sucked up parts have been just that, lost!  Not to mention the feelings (and not so nice thoughts) every parent has going through their mind after stepping on the jagged single piece laying perfectly on the floor for maximum pain.  Why was it lying in the walkway instead of where they were supposed to be, contained on the nice intentional mat?  So, after trying several methods to contain this growing problem I have decided to try a new technique with dealing with these often irritating but so regularly played-with toys.

It started as a simple request from my 9-year-old to have me help him rebuild the police station.  My instant reaction was one of fear and trembling trying to search thru the massive pile to look for single pieces.  After thinking about it for a few minutes I had a thought cross my mind.  Why don’t I take the opportunity to colour sort the Lego?  I had seen many others talk about it as successful.  Also it seemed to be an easier way for my kids to find the parts they are looking for.

However, I am not going to lie to you about the countless hours I spent, even with my kids help at times, sorting through all those small pieces.  It took a long time! (obviously this depends on how much Lego you have to start with)!  However, it was a huge accomplishment to divide those last few pieces.  After the sorting was done, I admit there have been a few times I have started hyperventilating after seeing my sons dump a few different colour drawers out in piles close to each other!

Overall, the Lego looks amazing labelled in the drawers.  And it is easy putting pieces back where they belong.  The kids even know where each piece should go.  They also are able to rebuild sets with even correct colours in a much quicker, more enjoyable way.  And it has definitely limited those often-found piles of Lego strewn around the room.

I will see how long this new system lasts for us. As long as we try and keep on top of putting things back where they belong, it shouldn’t be too hard to upkeep.  I could even see my son getting excited again about building different sets.  Because now he can find the pieces easier, versus constantly sweeping through a huge pile for the often-elusive part.  And more so, I found I enjoyed helping them build because there wasn’t the physical pain associated on my hands, wrists and knees anymore.

Will it last forever?  I’m not sure! However, I know that the drawers I bought for it could easily be used for storing something else later on when Lego becomes nothing more than lost to the bottom of the vacuum bag.  And from there the story will continue with hopefully the arrival of a new generation of Lego-lovers. 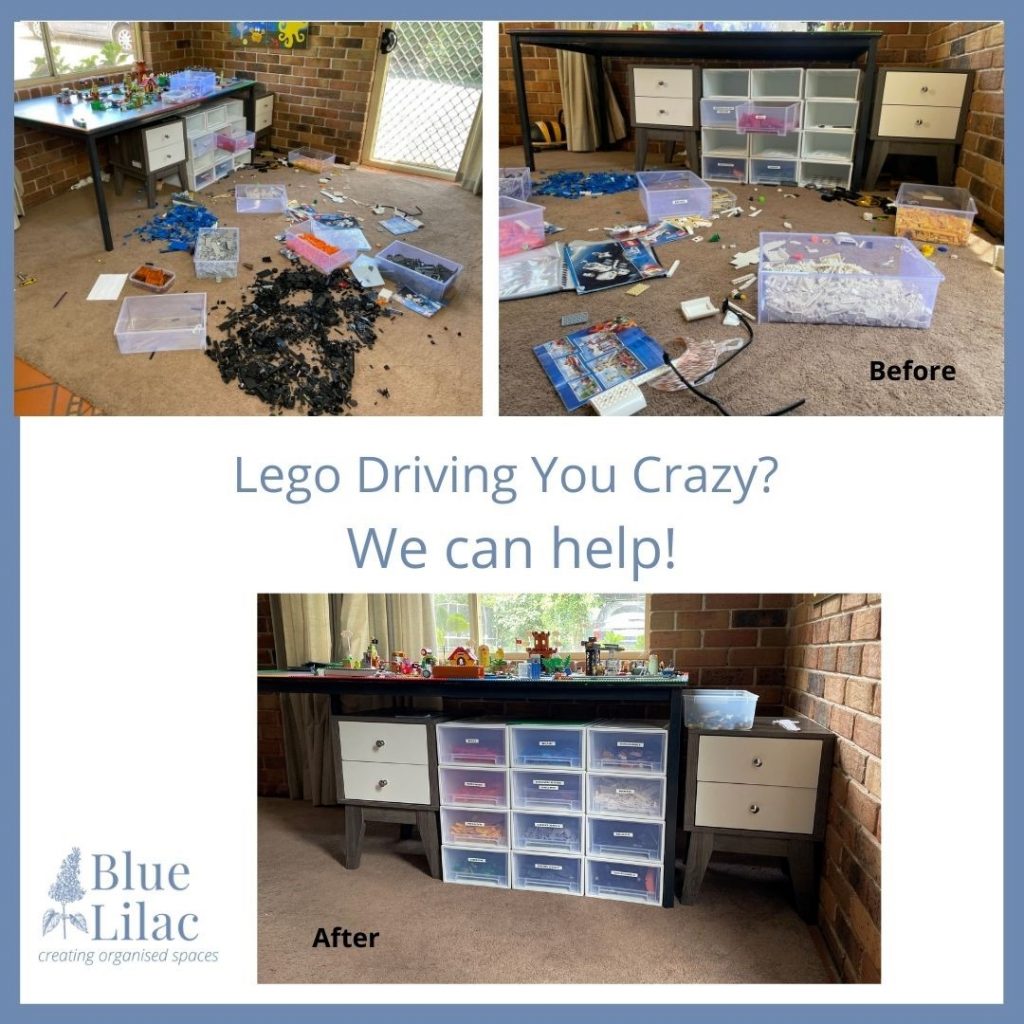